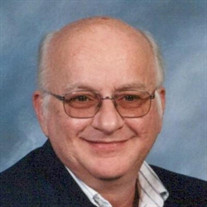 Thane A. Huffman, 73, Goshen, died 11:13 a.m. Monday, February 22, 2021 at his home. He was born March 15, 1947, in Elkhart, to Lowell L. & Fern (Eshleman) Huffman. Surviving are Marilyn Huffman, the mother of his children, Suzanne & Diana; daughters, Suzanne Huffman (significant other Angel Garcia), Goshen; Diana (Damian) Heath, Osceola; grandchildren, Tyler Huffman, Harrisonburg, Virginia, Lillian & Oliver Heath, Osceola; and a brother, Fredric (Janet) Huffman, Indianapolis. Preceding him in death are his parents and a brother, Donald Huffman. Thane started out working at the former Salem Bank & Trust and became the branch manager at the East Lincoln Avenue Branch. He later became a real estate agent after taking classes and passing the real estate license exam. Thane was owner/operator of Allan Realty for 10+ years. Following that, he was a professional commercial driver and drove school bus for the Goshen School System. He found he liked driving bus and took a job driving for Bethel College from where he retired. Thane enjoyed seeing the various teams play in other states as well as locally. He especially enjoyed the choir tours, and the Florida trips over spring break with the girls’ softball team as his family came with him. He was a member of First Baptist Church of Goshen, a 1965 graduate of Wakarusa High School and enjoyed photography. He had an amateur radio license which he used to volunteer for the Family Services, Nappanee Apple Festival, and Lung Association bike rides. Thane was a member of the Elkhart County Board of Realtors, which included a year as president. In all his endeavors he was happy to talk to anyone that crossed his path and never knew a stranger. A graveside service will be 2 p.m. Saturday, July 24, 2021 at Olive (West) Cemetery. Rieth-Rohrer-Ehret Funeral Home, Goshen, is handling arrangements and online condolences may be sent at www.rrefh.com

The family of Thane A. Huffman created this Life Tributes page to make it easy to share your memories.

Send flowers to the Huffman family.