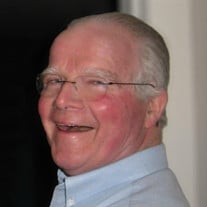 On September 19, 2020, Philip Stanley Hartzler stepped into the other side of eternity to meet Jesus face to face at the age of 77. He was a wonderful, loving husband to his wife Sandy of 54 years; a much loved dad to his 3 children Monica (Mike) Prescott, Jennifer Hartzler, Bruce (Niovi) Hartzler and papa to his 4 grandchildren Kaelan (Serena), Samara, Kyveli & Rhea, as well as recently earning the title ‘great grand-papa’ to Grae (Monica). Phil was born on September 7, 1943, in Wakarusa, IN, to Roy & Katie Hartzler. He was predeceased by his parents along with his younger sister Mary “Marty” Hartzler and sister-in-law Cathy (Dave) Hartzler. His siblings Ruth (Jay) Martin, Freda (Paul) Friesen, Isabelle (John) Blough, David Hartzler and Dwight (Margaret) Hartzler will greatly miss him as well. While he held various careers throughout his life including math teacher (Northridge High School), computer specialist, tutor and pastor, his life was dedicated to ministry. He was a ‘pastor’ in the greatest sense of the word, whether he officially held the title or not. Serving, loving, caring for, teaching and leading people to know Jesus was his passion and a deep part of his nature. He and Sandy mentored many couples in their marriages. They formed many decades-long friendships with those they ministered to, not only locally but internationally through missions trips abroad, as well as Canada, where they resided for 12 years leading Bible study groups, church planting and pastoring. Even during his later years, as his health started to deteriorate due to Parkinsons, one of his favorite activities was posting daily scripture devotionals on Facebook. If you’re an old friend or acquaintance or former student of Phil’s reading this, and hadn’t been in touch for years, or had just recently met him, you can be sure he would have remembered you very fondly. He had a gift for remembering (just the good stuff :). And it’s also very likely you made it into his prayers from time to time too. “John 17:8 – ‘For I gave them the words You gave Me and they accepted them. They knew with certainty that I came from You, and they believed that You sent Me.’ - Jesus is praying for His disciples one last time…He has fulfilled His Father's desire…In other words, "mission accomplished". What a blessing. Let's do all we can to accomplish the mission God has for us.” --(From one of Phil’s Facebook posts, summer 2020) While Phil’s mission is accomplished, his legacy lives on. A Celebration of Life will take place at a future date. In lieu of flowers, donations can be made at World Missionary Press, New Paris, IN (www.wmpress.org/donate). Rieth-Rohrer-Ehret Funeral Home, Goshen, is handling arrangements and online condolences may be sent at www.rrefh.com

On September 19, 2020, Philip Stanley Hartzler stepped into the other side of eternity to meet Jesus face to face at the age of 77. He was a wonderful, loving husband to his wife Sandy of 54 years; a much loved dad to his 3 children Monica (Mike)... View Obituary & Service Information

The family of Philip Stanley Hartzler created this Life Tributes page to make it easy to share your memories.

Send flowers to the Hartzler family.