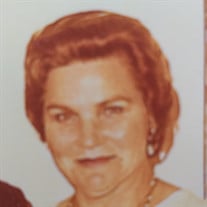 Janina Bohusz, a member of the “Greatest Generation” was proudest of her service during WWII. Born in Poland into a family of 12, Janina says poverty taught them all the survival skills they would need for the rest of their lives. After the Soviets occupied the eastern part of Poland in 1939, the family was arrested for listening to Radio Free Europe. They were deported to a slave labor camp in Kazakhstan. The formation of the Polish Army under British Command in Syria became their route to an escape. Janina and her surviving siblings quickly joined. She was 16. After basic, she became an army nurse. She was transferred to British occupied Palestine, where she says she “miraculously” survived bouts of malaria and typhoid. Her military hospital work later took her to Scotland. Getting there was an odyssey. She traveled aboard a ship full of British pilots heading back to Great Britain – a prime target for Nazi submarines patrolling the European coast. They were limited to sailing at night – a month-long journey. Janina met her future husband, Miroslaw, a Polish army officer at the castle turned hospital in Aberfeldy. After the war, the couple moved to Birmingham, eventually settling in London. In 1951 they emigrated to the United States where Janina’s family was reuniting from around the world – in East Chicago, Indiana. Janina worked at Rand McNally while raising a family and becoming an American citizen. The couple moved to Hammond, Indiana before retiring to the orange groves of Springhill, Florida. “The best years of my life” is how Janina describes her 35 years in the Sunshine state. Traveling all over Europe and the Middle East was a huge passion. She belonged to multiple veteran organizations and had year-round passes to various parks where her grandchildren enjoyed their many visits. She survived her husband by 14 years. Finally, at 90, Janina decided she no longer wanted to live alone. She moved to Granger, Indiana to be with her daughter. “Wonderful,” was how she described those five years, surrounded by great grandchildren, family, friends and various pets. Not to mention many exhilarating trips to the casinos. She faced death with peace and no regrets. “I’ve had a good life” she told visitors, “and a long life. See you on the other side.” Janina is survived by two daughters: Barbara Bohusz and Hetty (Tom) Cohen. Six Grandchildren: Gina (Toby) Goetz, Arthur (Lauren) Cafiero, Mirek Bohusz, Sean (Katelyn) Cohen, Chris Cohen and Jessica Cohen. Six great-grandchildren: Isaic Goetz, Claire Goetz, Bree Bohusz, Elkan Cohen, Avigail Cohen and Liviya Cohen. She is also survived by numerous nieces and nephews from around the country who will miss her easy smile and sage advice. A Memorial service at St. Joseph’s Church in South Bend will be 10 a.m. Friday, June 28, 2019. Rieth-Rohrer-Ehret Funeral Home, Goshen, is handling arrangements and online condolences may be sent at www.rrefh.com

Janina Bohusz, a member of the &#8220;Greatest Generation&#8221; was proudest of her service during WWII. Born in Poland into a family of 12, Janina says poverty taught them all the survival skills they would need for the rest of their lives. After... View Obituary & Service Information

The family of Janina Bohusz created this Life Tributes page to make it easy to share your memories.

Janina Bohusz, a member of the “Greatest Generation” was proudest...

Send flowers to the Bohusz family.