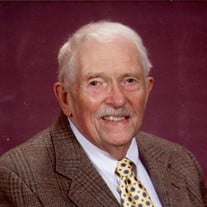 Dr. Donn H. Spilman, 90, Greensburg, Indiana, formerly of Goshen, died 12:08 p.m. Wednesday, November 4, 2020, at Decatur County Memorial Hospital. An only child, he was born July 11, 1930 in Elkhart, Indiana, to Hiatt B. & Pearl E. (Sellers) Spilman. On August 23, 1953, he married Mary A. (Baughman) Spilman who died October 31, 2016. Donn attended Elkhart High School and upon graduation in 1948 he attended Indiana University, Bloomington where he earned B.S., magnum cum laud within Biology and Chemistry. He served 4 years in the U.S. Navy as a dental tech, stationed mostly in the Great Lakes but also spending some time with a Marines unit in Puerto Rico. With one year left in the Navy, Donn and Mary married. It was another dentist, who ended up having 7 boys that all became dentists that attracted Donn to this field. After being discharged he began post graduate studies at Indiana University earning his Doctor of Dentistry from the Indiana School of Dentistry in 1961. An avid runner, Donn amassed over 10,000 miles run having started this passion in his mid 40's and continuing into his 60's. His love of the water had him sailing a catamaran at his daughters' home in Lake Santee for over 25 years. Both he and Mary were volunteers at Goshen Hospital doing many roles but more spreading their love of helping others. Donn loved gardening attending to his many flowers and vegetables in his yard. He always had time to watch a sporting event and his love of Indiana University basketball, Chicago Cubs baseball and Chicago Bears football was passed down to all of his children, grandchildren and great grandchildren. He also loved painting and listening to jazz music. Countless hours had Donn focused on mainly scenery paintings while the hum of legendary jazz played in the background. Donn's love was the greatest for his family and he was especially proud of each and every achievement, no matter the size. His faith in Jesus was evident on how he lived his life and one of his favorite quotes was from Oral Roberts, "Give God your best and give it first, then ask God for his best and expect a miracle." Surviving are a daughter and son-in-law, Sue and William Hadler, Greensburg, Indiana; son and daughter-in-law, William and Melissa Spilman, Goshen, Indiana, son and daughter-in-law John and Susan Spilman, Chicago, Illinois, son and daughter-in-law, Dr. Jeffery and Heather Spilman, Clearwater, Florida, along with 15 grandchildren and 16 great-grandchildren with 3 more to come. Donn was preceded in death by his wife, Mary and their son, Donn Spilman Jr. Visitation will be held at Rieth-Rohrer-Ehret Funeral Home, 311 S. Main St., Goshen, Indiana on Saturday, November 14, 2020 from 9 a.m. to 11 a.m. with a private family only service following at the College Mennonite Church, Goshen. A private family burial will be at Violett Cemetery. Memorial donations may be directed to Ronald McDonald House, Indianapolis, or Goshen Health Auxiliary. Online condolences may be sent at www.rrefh.com

The family of Dr. Donn H. Spilman created this Life Tributes page to make it easy to share your memories.

Send flowers to the Spilman family.