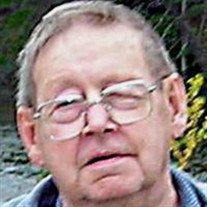 Albert Leo Nich, age 88 died peacefully in his sleep on Saturday November 14th 2020. He was born in Chicago Illinois on May 27th 1932 to John & Emma (Less) Nich. He graduated from Leo High School, and later from the University of Loyola with a degree in History, and Political Science. While working his way through school he worked at Gately’s Department Store where he met the love of his life Gerry Lee Garret. They were married on April 18th, 1959 in Moline Illinois where her parents were residing. After graduating from Loyola he began working at United States Steel Corporation at the “South Works’ Mill. Working his way “up the ladder”, he soon found himself transferred to an “Office Job” in the sales department “Downtown” for US Steel. But after a number of years in the department he found that work tedious, and took a transfer back to the “Mill” as part of the Production Planning team for the steel mill employing 13,000 people. As he often explained, “You could take the boy out of the mill, but you couldn’t take the mill out of the boy.” He eventually left US Steel in 1974 to take up a new challenge in Elkhart Indiana at St. Joseph Structural Steel. After leaving St. Joseph he joined Miller Steel also in Elkhart, and served there as Vice President, and then President until retiring. After retirement he could not manage to keep still, and had part interest in a small Machine Shop, and after selling that business enjoyed helping his family with their work at the Wakarusa Tribune, and Yoder Brother’s Antiques in Wakarusa. He was the frequent host of the company coffee pot where everyone was welcome, and enjoyed his time spent talking with all those who gathered around to share the coffee, friendship, stories, and frequent advice found dispensed from the group. Members of that group varied by day, and season, and were known to range from complete strangers, to Congressmen, and the Governor of the State of Indiana. He is survived by his wife Gerry, son Bill and daughter in law Nancy, and daughter and son in law Anne & Steve Blackburn. He especially was fond of his granddaughter Jennifer Rose Nich, who he always enjoyed hearing news from. He is also survived by numerous nieces and nephews, and his favorite cousins Carl & Al Less. He was proceeded in death by his parents, his hero and older brother John, younger brothers David & Phillip, and his older sister Josephine. Survivors are imagining the near riot level proportions of the reunion he and his siblings are currently enjoying. Due to the pandemic situation, there will be no visitation, or services. Memorial contributions should be directed to the Schoolcraft County Historical Society, PO Box 284, Manistique, MI 49854. Rieth-Rohrer-Ehret-Lienhart Funeral Home, Wakarusa, is assisting the family with arrangements. Online condolences may be sent at www.rrefh.com

Albert Leo Nich, age 88 died peacefully in his sleep on Saturday November 14th 2020. He was born in Chicago Illinois on May 27th 1932 to John & Emma (Less) Nich. He graduated from Leo High School, and later from the University of Loyola with... View Obituary & Service Information

The family of Albert Leo Nich created this Life Tributes page to make it easy to share your memories.

Send flowers to the Nich family.